The word Hijama is derived from the arabic word “hijm” which literally means to suck.  Hijama cupping is a method of treatment in which therapeutical cups are placed on various parts of the body to cause local congestion, through a negative pressure created by a special pump. This stimulates these areas and in turn increases blood flow causing bruising, thus bringing the toxins to the surface of the skin. This in fact is called dry hijama/cupping.

Wet hijama cupping is the same process as dry hijama but the cups are taken of and small little superficial scratches are made on the surface of the skin, piercing it. The cups are reapplied creating a negative pressure pulling out the diseased and toxic blood.

It is a therapeutic treatment practised for thousands of years which is a natural, holistic detox therapy. It promotes blood circulation, oxygenation and relaxation. Over the centuries many cultures have used this therapy, this includes Arabs, Chinese, Egyptian, Greek, European, Native American and Asians.

It has been strongly advocated by the Prophet Mohammad sallahu alayhi wasalam and he has said,“Indeed the best of remedies you have is cupping / Hijama” [Saheeh al-Bukharee (5371)]. He sallahu alayhi wasalam also said that on the night of Israa (his ascension to the heavens) and he did not pass by an angel except that it said to him, “Oh Muhammad, order your Ummah (nation) with cupping / Hijama.” [Saheeh Sunan Tirmidhee (3479)].

This shows the importance and greatness of this tremendous Sunnah.

Hijama is an ancient method of treatment that has been used to treat and cure a number of a broad range of conditions throughout the Eastern and Western cultures of the world.  It is also known as cupping or bloodletting therapy.  Conditions such as blood related disorders; haemophilia and hypertension, it is a cure for rheumatic conditions ranging from arthritis, sciatica, back pain and migraines. Also it is beneficial for psycho-social applications in the treatment of anxiety and general physical and mental well-being. Cupping allows a person to lose weight as the body is able to get rid of water retention and cellulite. It sucks out fatty acids, debris and toxins which have harmfully settled in the tissues. It increases red and white blood cell counts in the body. Acidic blood will become neutral or more alkaline. Hijama will eventually create a more alkaline environment thinning the blood which will in turn circulate around the body more efficiently. The primary aim of Hijama/Cupping is to extract blood that is believed to be harmful from the body which in turn rids the body of potential harm from symptoms leading to a reduction in well-being. Hijama purifies the blood and is very beneficial to the body as 70% of diseases occur in one’s blood.

The Prophet sallahu alayhi wasalam has told us in many hadeeths that this treatment is a prevention and a cure for every illness/disease (please refer to hadeeths section for other hadeeths and quotes). Hijama/Cupping keeps you healthy and your well being preserved and cures anything that is causing you affliction. It eliminates the bad/toxin blood and detoxifies your body by helping your body to produce new blood which replenishes your organs & improves the blood circulation, as studies have shown that 70% of diseases come from within the blood. 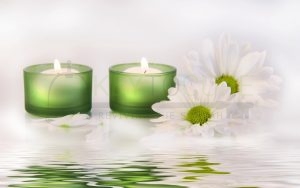 Hijama is also beneficial in beauty therapy as it promotes the production of hormones, encourages blood flow and body fluid movement in the bowels and internal organs. In this way toxins are removed and this is important because toxins speed up the ageing process and cause other negative conditions.

Authentic hijama/cupping therapy balances all aspects of the body. The ageing process speeds up when individual cells dry out, or too much sun. Kidney weakness also speeds up the ageing process and leads to dry and damaged hair, early greying or hair loss. Imbalance in women also manifests in the early signs of menopause with hot flushes, night sweats and dry skin. Simply applying external lotion to the skin or hair does not access the root cause.